When you think about mountain gorilla trekking, look not further than the Volcanoes National Park in Rwanda and Bwindi National park in Uganda. The 2 destinations are incredibly one of the only four protected areas in the world where the rare mountain gorillas can be visited in their natural habitat. The spectacular Volcanoes National Park conservation area is situated in Southwestern Rwanda and given the fact that mountain gorillas are the prime attractions in the park; Rwanda is undoubtedly one of the most sought after destinations by most trekkers in East Africa region. The Impenetrable Bwindi National Park on the other hand is located in South Western Uganda with half of the world’s last remaining population of the mountain gorillas in the world. Therefore, most Rwenzori climbers end their adventure with gorilla trekking in the Bwindi Jungle.

While Rwanda has become one of the bucket list destinations in the world, many arguments have been raised about this lifetime experiences. The commonly asked question by most trekkers is; what is the best time to go for mountain gorillas in Africa? Mountain gorilla trekking in Africa and Rwanda in particular is regarded as an all year round adventure and when you think about par taking this life changing experience, first and foremost you need to consider the weather pattern and climate. Entirely, you interested visitors need to consider the ideal travel seasons or rather the best months of the year to come for this lifetime adventure in Rwanda’s Volcanoes National Park and Uganda’s Bwindi National park. For all gorilla destinations in Africa, the dry and rainy season feature as prime areas of concern for visitors who are planning their safaris to Africa.

Considering the fact that Rwanda is an all year round destination, this may not be true as there are various factors that tend to interfere with visitor’s travel.Among other factors include the nature of the habitat and level of physical fitness given the fact that gorilla tracking involves hiking through the tropical rain forest of Volcanoes National Park to look out for a group of these impressive creatures while they are in their natural habitat.

When it comes to gorilla trekking in Rwanda Volcanoes National Park, trekkers can visit the country in the rainy season since after it has rained the sun can still come out. Given the nature of the gorilla habitat, visitors should expect rains during the dry season but the rainy season doesn’t mean that there is no gorilla tracking taking place in the Volcanoes or Bwindi or Mgahinga National parks. Currently, weather and climate matters in Rwanda and Uganda compared to any country in the world have become the most challenging part to ascertain given the unpredictable seasonality. The 2 destinations are located within the Equator and this means that most countries that lie within the Equator area, such areas receive heavy amount of rainfall any time of the year.

When it comes to traveling to a given destination, what may seem the best time to one person may not be the best time for some other party. Based on months of the year, most trekkers prefer visiting Rwanda for gorilla trekking from June to September and from December to February making these the 2 (two) best trekking seasons in Volcanoes National Park in Rwanda. The wet season usually begins from March to May and October to November. The dry season in Rwanda is also regarded as the peak season for gorilla trekking. This season comes with light cloud cover and temperatures tend to moderate given the tropical nature of habitat. However, rains in Volcanoes National Park are unpredictable and because of this you have to be well prepared with your rain gear especially rain jackets/poncho, waterproof hiking boots, hiking stick, gardening gloves, first aid kit, insect repellent and many more. Like in any other tour desitinatiion in Africa, a strong 4×4 safari car is highly recommended.

The dry season is perfect for mountain gorilla adventures as it allows trekkers to hike through the thick vegetation of Volcanoes National Park while looking out for the group of these critically endangered species in the wild. During the dry season, the gorilla habitat remains dry and this makes it simpler for visitors to hike through the steep slopes of Volcanoes National Park.During this season, the demand for gorilla trekking permits tends to be competitive and this requires one to book for the permit in advance. The permits in Rwanda cost$1500 per visitor and US$600 in Uganda per Visitor.

Access to Volcanoes National park is mostly by road. It is about 2 hour drive from Kigali International Airport to Volcanoes N.P. Same to Bwindi National Park, access by road from Kigali capital is lessthan 5 hour drive, and from Kampala or Entebbe airport is 9 hour drive. As most adventure travelers explore East Africa by road (self drive tours), Nairobi to bwindi is about 20 hour drive. However, there are many beautiful national parks one can visit enroute, therefore, it does not necessarily mean that you will rent 4×4 car in Nairobi and drive straight to Bwindi or Volcanoes N.P for gorilla tracking. Give it at least 6 days while visiting several tour destinations enrote such as Lake Nakuru National park, Naivasha, Kampala city, Lake Mburo and Queen Elizabeth N.P among others. 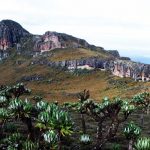 Are you adventure enthusiast and you are…