Altitude is not much of a concern before reaching the snowline. However, on the central circuit trail, you are more likely to get caught with altitude at the Scott Elliot and Freshfield points and you can only have a small headache that can eventually go away. Nonetheless, there is a serious risk of developing a full brown altitude sickness when you climb the peaks. Fortunately enough the guides are able to realize the symptom in case a hike gets any altitude sickness and they are able to organize for the sick hiker to descend.

It is commended to climb the Rwenzori Mountains when you are adequately fit and you should have any health issues like heart and lung issues.  It should also be noted that hikers that ascend so fast are liable to getting altitude sickness due to using a lot of energy that takes too much oxygen. It is best to go at a moderate pace.

The likely problems to get due to altitude

A handful of people climb above 3500m without having minor symptoms like headaches, fatigue, nausea, sleeplessness, breathing difficulties and swelling of the hands and feet.

Pulmonary and cerebal oedema of which the symptom of this is short breathe while resting, poor judgment, staggering like a drunkard, headaches and coughing up frothy spit and at times blood.

There is also lowering body temperature normally caused by cold and wet which brings uncontrolled shivering.

What to do to avoid or minimize altitude sickness

When the hiker gets altitude sickness the first remedy is to descend to get back to the zone/altitude he/she can best thrive.

You should eat enough carbohydrates, fruits and also fatty foods that can stay long in the body as these can make the hike not to feel hungry when they exceed 3000m.

You should also drink too much water of at least 3 liters a day so as to avoid dehydration of the body and should also carry enough bottled water for rehydration at anytime. Dehydration is one of the main reasons as to why some hikers do not complete the climbing task.

Before you sweat too much, you should take off some clothes if you are dressed in heavy clothes to avoid water loss.

There is a recommended drug called acetazolamide that helps to speed up acclimatization, you should carry it and take 250mg twice a day for five days starting from day two before reaching 3500m. However, like any drug it may have some side effects to some people so it is best to visit the doctor to check whether the drug suits your body before coming for the hiking. 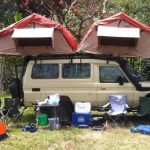 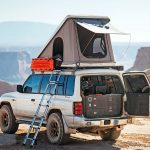